Welcome to the Blog + Review Tour for Trial and Error by Robert Whitlow, hosted by JustRead Publicity Tours! 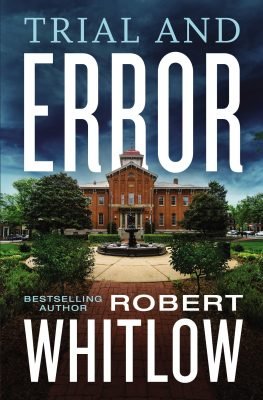 A small-town lawyer has been searching for his daughter for eighteen years. Now another young woman is missing, and he’s determined to find them both—no matter the cost. Buddy Smith built his law practice around tracking down missing children. After all, he knows the agony of being separated from a child. Not long after his daughter’s birth, her mother ran away and Buddy never saw either one again. Gracie Blaylock has known Buddy her entire life, and now that she is clerk of court for the county, their paths cross frequently. When Gracie hears that a teenager in town, Reagan, has gone missing, she knows Buddy is the one for the case. Reagan’s parents are desperate for answers. Together with Gracie and Mayleah—the new detective in town—Buddy chases all leads, hoping to reach Reagan before it’s too late. And as he pursues one teen girl, he uncovers clues that could bring him closer to the girl he thought he lost forever: his own daughter. Master legal writer Robert Whitlow will keep you guessing in this gripping legal drama while reminding you of the power of God’s restoration. 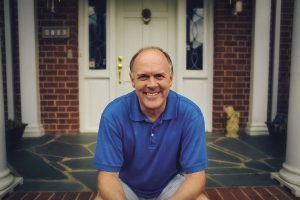 Robert Whitlow is the bestselling author of legal novels set in the South and winner of the Christy Award for Contemporary Fiction. He received his JD with honors from the University of Georgia School of Law where he served on the staff of the Georgia Law Review.
CONNECT WITH ROBERT: Website | Facebook | Twitter

(3) winners will receive a print copy of Trial and Error! 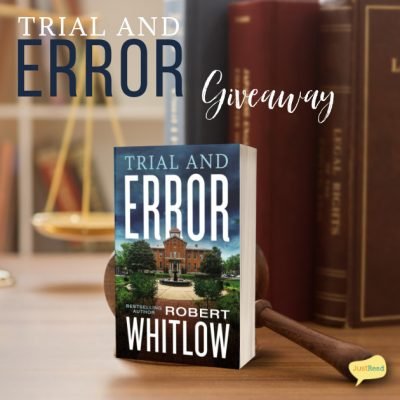 Full tour schedule linked below. Giveaway began at midnight February 8, 2021 and will last through 11:59 PM EST on February 15, 2021. Winner will be notified within 2 weeks of close of the giveaway and given 48 hours to respond or risk forfeiture of prize. US only. Void where prohibited by law or logistics.

My review of Trial and Error

I must admit to you, I have been a Robert Whitlow fan ever since I discovered an early legal thriller trilogy he’d written. Over the years, his fiction has never disappointed me as he’s examined current issues viewed through the lenses of faith and the legal system.

Years ago, high school senior Buddy Smith’s girlfriend Amber got pregnant. She was able to finish school early, and delivered a healthy daughter. But without a word to Buddy, Amber and the baby disappeared. Now a lawyer in a small town, Buddy has been trying, unsuccessfully, to find his daughter for the past 18 years. He has focused some of his practice on finding missing children, especially those taken by noncustodial parents. He does other legal business, but the pain of having lost his own child helps him tackle finding others’ missing kids. He’s just taken on a case of a missing four-year-old, Jack, who was taken by his father when he walked out on the boy’s mom and his wife.

Gracie Blaylock is the county clerk for the area. Although she and Buddy went to school together, they’ve never been more than acquaintances. She coaches high school girls’ softball (having been an exceptional teen player herself) and mentors her players at the same time. One day after practice, one of her players mentions her teammate that had missed several practices. Reagan Landry hasn’t been seen or in contact with her family or her friends for two weeks. Later, Gracie hears more about Reagan from her mom, who’s a family friend of Reagan’s family. She encourages Gracie to ask Buddy Smith if he could take on the case of the missing teen.

What seems at first to be a case of a runaway begins to take on a more worrisome aspect as Reagan’s social media use comes to light. Jack’s father is tracked to another state. Shocking secrets that Buddy could never have foreseen come to light as he investigates the cases. The lawyer’s searches for the missing child and teen intensify, but the concern that they will disappear completely is valid. Will Buddy, Gracie, and new detective Mayleah find them before it’s too late?

Trial and Error was a fantastic read. It’s a fascinating legal thriller that combines a frightening topic — missing children– with one man’s unexpected walk towards faith. I love the way that Whitlow intertwines the two. Gracie’s relationship with God is so beautiful, and she is a woman of prayer as well as faith. Buddy’s legal and relational challenges are surprising and cause his days to play out in ways he never could have imagined. Check out this suspenseful legal read; you’ll love walking through Buddy’s searches for his daughter, others’ children, and his unanticipated collision with the God who’s deeply concerned about them all.

DISCLAIMER: I voluntarily reviewed a complimentary copy of this book which I received from the author. All views expressed are only my honest opinion.

*Enter to win 2 tix to ChrisTomlin/KariJobe/BethelMusic Live in Concert! (ends 6/17/21)