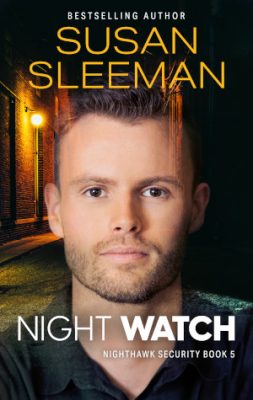 Title: Night Watch Series: Night Hawk Security #5 Author: Susan Sleeman Publisher: Independently Published Release Date: August 2021 Genre: Inspirational Romantic Suspense Everything points to suicide or accidental death… Underwater crime scene investigator, Kennedy Walker is shocked when her mother dies and the police rule her death a suicide or an accidental overdose. Her scientist-mother was on the verge of a scientific breakthrough, and Kennedy knows her mother would never end her life, but the detective won’t listen. Kennedy moves back to her hometown and commits to finding her mother’s killer and finishing her work. And she must prove them wrong. Kennedy digs deeper, garnering the killer’s focus, and he puts her in his cross-hairs. She can’t give up on such an important project, so she swallows down her unease over the tumultuous breakup with Erik Byrd in college and hires Nighthawk Security, not only to protect her, but to help find her mother’s killer. It takes only one look for both of them to know their feelings for each other haven’t gone away. With so many people counting on her to complete the project, giving in to old feelings is a distraction neither she or Erik can afford, and they both need to keep watch. Especially in the darkest hours of the night, when the killer comes out to play. PURCHASE LINKS*: Goodreads | Amazon | Barnes & Noble | Book Depository | IndieBound | BookBub 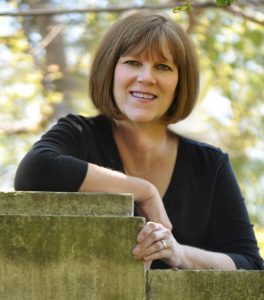 Susan Sleeman is the bestselling author of over fifty novels with more than one million books sold. She writes romantic suspense novels that are clean with inspiring messages of faith . Readers love her series for the well-drawn characters and edge-of-your-seat action. She graduated from the FBI and local police citizen academies, so her research is spot-on and her characters are real.

In addition to writing, Susan also hosts TheSuspenseZone.com. She has lived in nine states but now calls Oregon home. Her husband is a retired church music director, and they have two beautiful daughters, two terrific sons-in-law, and two adorable grandsons. To learn more about Susan’s books sign up for her monthly email that includes exclusive excerpts, giveaways, and other goodies.
CONNECT WITH SUSAN: Website | Facebook | Twitter | Instagram

(1) winner will receive the first four ebooks in the Nighthawk Security series! 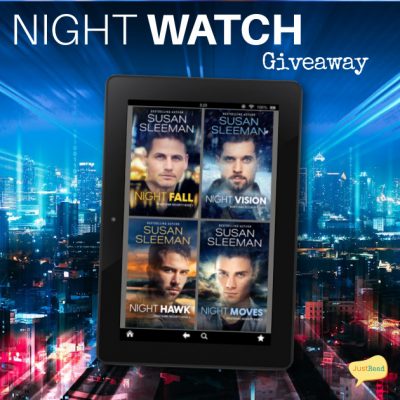 Be sure to check out each stop on the tour for more chances to win. Full tour schedule linked below. Giveaway began at midnight August 24, 2021 and lasts through 11:59 PM EST on August 31, 2021. Winner will be notified within 2 weeks of close of the giveaway and given 48 hours to respond or risk forfeiture of prize. US only. Void where prohibited by law or logistics.

I love suspense thrillers. And police procedurals. I love the mystery, the rollercoaster rides of searching out suspects, bringing a resolution, and, of course, if there’s a little clean romance going on, even better!

I’m relatively new to author Susan Sleeman’s books. But I can tell you that she brings readers a fantastic adventure in the excellent Night Watch. (And, since this is #5 of the NightHawk Security books, I’ll definitely be seeking out numbers 1-4!)

Night Watch protagonists Kennedy and Erik are trying to solve a crime…maybe. They’re not sure if Kennedy’s mom made a mistake with her heart medication or if something much more sinister happened. What they do know is that she was a brilliant chemist who was unlikely to make an error of that nature. So that is more than slightly suspicious. Erik, a former cop turned security expert (along with his 5 siblings), is a fine choice to help Kennedy pursue the truth, except for one thing.

She dumped him years ago, when he was seriously considering proposing marriage. He has no idea why, but Kennedy has secrets she never shared with him.

Secrets that have to do with the Witness Protection Program.

From that thrilling introduction, Night Watch is off and running, with twists and turns both fascinating and unexpected. There is so much to love about Sleeman’s novel! First, the great chemistry and connection shared by Erik and Kennedy, even after they’ve been separated for so many years. I really wanted them to resume their relationship, even though I couldn’t quite see how they’d be able to. But I was rooting for them all the time.

Second, Susan Sleeman builds an exceptional suspense story. The scientific details, evidence of various crimes, forensic details that reveal truth in unexpected places, were all fascinating and added interest to the criminal investigation.

Third, I loved the families that the author built. Erik has a large one, with siblings (that people the previous books in this series) who might tease each other here and there, but who faithfully love and support each other even as they work alongside each other in the Veritas security firm. Kennedy’s family, though flawed, was also interesting.

All of these elements intertwined to create a highly readable, fun, and suspenseful thriller. I definitely recommend this for lovers of suspense novels, especially those who’d appreciate a little romance thrown in!