Welcome to the Blog Blitz for The Gifted Trilogy by Lisa T. Bergren, hosted by JustRead Publicity Tours! 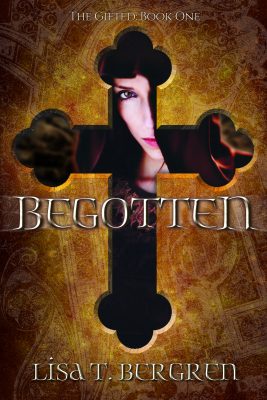 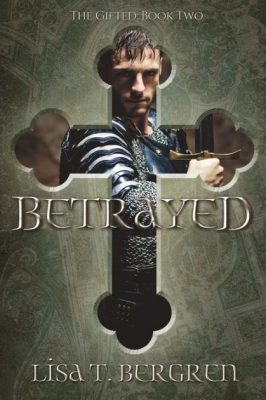 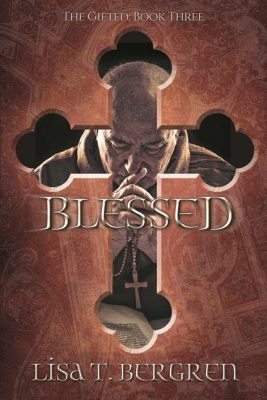 An ancient, secret letter has long prophesied that the Gifted would gather. One with the ability to heal, another with the gift of wisdom. Others with the ability to see the future, discern truth, uncover evil intent, or exhibit miraculous powers. Together they are a force, born to change the world. But their gathering has drawn the attention of those who wield power…people determined to either control or destroy them.

“[A] classic battle between good and evil. Disregard Da Vinci Code comparisons, and think Lord of the Rings.” —Publishers Weekly 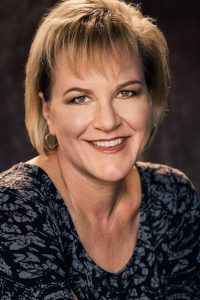 Lisa T. Bergren is the best-selling, award-winning author of over 60 books in a variety of genres, from children’s picture books to contemporary romance to supernatural suspense novels. She lives in Colorado Springs in a brand-new home she and her husband just finished building and intend to never leave because she’s discovered she loathes moving. You can find out more about her at LisaTBergren.com

(3) winners will receive a copy of The Gifted Trilogy and a Gifted candle. 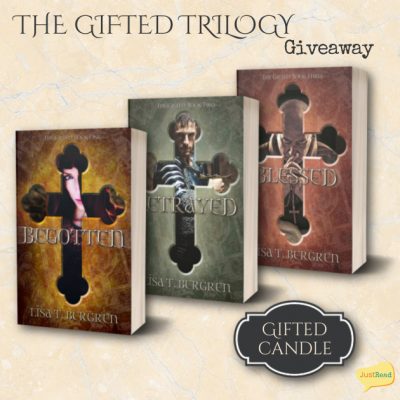 Full tour schedule linked below. Giveaway began at midnight November 1, 2021 and will last through 11:59 PM EST on November 8, 2021. Winner will be notified within 2 weeks of close of the giveaway and given 48 hours to respond or risk forfeiture of prize. US only. (Winners outside the US will receive trilogy ebooks and $20 Amazon gift card) Void where prohibited by law or logistics.

About The Gifted Trilogy

Since April 2021, I’ve had the privilege to read Lisa T. Bergren’s The Gifted Trilogy: Begotten, Betrayed, and Blessed. The series is a wonderful, suspenseful, supernatural-thriller series. Set in the days of the Inquisition and those thereafter, it tells the story of a group of believers who band together to follow God’s call. Using their various spiritual gifts (healing, faith, wisdom, discernment, and more), Lady Daria, Father Piero, Gianni the knight, and several men, women, and children seek to bless those in need with what God has given them. Yet they have an ancient enemy who’d like nothing better than to see them destroyed.

Who will win? You’ll have to read the series to find out! I’d recommend these for readers in high school through those in adulthood. There are some dark moments and some frightening ones. But there are also characters and a storyline you’ll love. And as Ephesians 6:10-18 reminds us:

“Finally, be strengthened by the Lord and by His vast strength. Put on the full armor of God so that you can stand against the tactics of the Devil. For our battle is not against flesh and blood, but against the rulers, against the authorities, against the world powers of this darkness, against the spiritual forces of evil in the heavens. This is why you must take up the full armor of God, so that you may be able to resist in the evil day, and having prepared everything, to take your stand. Stand, therefore, with truth like a belt around your waist, righteousness like armor on your chest, and your feet sandaled with readiness for the gospel of peace. In every situation take the shield of faith, and with it you will be able to extinguish the flaming arrows of the evil one. Take the helmet of salvation, and the sword of the Spirit, which is God’s word. With every prayer and request, pray at all times in the Spirit, and stay alert in this, with all perseverance and intercession for all the saints.”

Keep reading for some excerpts from all three books. Those will give you a sense of what’s ahead!

“He watched as his master was tied to a stake and a great fire was set. Tears he thought spent rose in his eyes, yet he refused to look away as the flames licked upward, as the heat made him retreat, step by step.

The bishop threw his master’s life’s work—the book, carefully wrapped in a burlap sack—into the fire at the priest’s feet. The burlap swiftly burned and curled, revealing the lambskin cover of the priceless book. It too began to burn.

The priest glanced over at the boy, a quiet question in his eyes.

The boy patted his shirt in response, reassuring his master, feeling the sacred pages next to his skin.

Go, child. Go! The boy shook his head in confusion; he could hear the priest, even though the old man’s parched lips moved not.

The boy glanced over at the bishop, his face and grand robe dancing eerily in the heat waves between them. The bishop’s eyes narrowed, and he beckoned to the boy.

Looking at his master one last time, the boy turned and fled into the night.”

–an excerpt from BEGOTTEN, book one of The Gifted, by Lisa T. Bergren

“Gianni unsheathed his sword and the other men did the same, menacing them backward. “Father Piero…” he began.

Piero knew the edge in the knight’s voice. There were many here with little to fear in death. The Gifted could be overrun, overtaken, despite the knights and their weapons. Their clothing stripped from their bodies, their flesh eaten. These were a desperate people.

“M’lady,” Tessa said in a high pitch, pushing toward Daria as an old woman reached to touch her fine dress.

“Duchess!” cried Vito, lifting his sword high to strike when an old man grabbed her arm.

Those nearest them drew back with a weary gasp.

“Nay!” Piero and Daria shouted, both whirling. Vito pulled back his sword, just before striking the old man.

Piero gaped at them, then around. This place was filled with the devastated. A hollow. A cavern of need he had not experienced since…

The day in the marketplace. Back in Siena. The day Daria had preached of love and ultimate healing. He glanced at her. She was clearly overcome, with that look of longing upon her face that told him she was about to ask the Lord to heal those about her.

Hasani drew near, then, taking her arm. Piero studied Daria’s tall, black companion, his steps sure, as if he knew what they were to do. The priest had seen it before in the man. Hasani took her hand in his and reached out to the nearest child with his mother, covering the boy’s matted hair with his long, black fingers. Unafraid. He smiled down at the boy with sorrow, as if he knew the child’s pain, and the child looked up at him with such shock and overwhelmed pleasure at the sensation of touch that the entire group seemed to hold their breath.

Tears cascaded down Daria’s face and, resolutely, she crouched and pulled the boy into her arms. Perhaps five years of age, he gazed up at her in wonder. This was the one, the one they had come to heal.”

–an excerpt from BETRAYED, book two of The Gifted, by Lisa T. Bergren

“There are many on the prowl,” Armand said lowly. “Even now he is there, your enemy, among those rocks you see in the distance.” He pulled the group to a stop and pointed across the valley.

Daria shivered. Whereas the rocks of Les Baux were mostly weather-worn and rounded, the rocks the count pointed to looked as if they had been hewn from the earth that morning and set at precarious angles.

“What is that?” Daria asked with a shiver.

“From Dante’s Divine Comedy? The poet rested here for a fortnight, and ’tis said that he took that valley there as his inspiration for his vision of hell.”

“Then it is apropos that Amidei shelters there,” Gianni said.

“Rest assured, my men will keep him from crossing the valley floor between us,” Armand said. “They traveled to Avignon before learning that you had taken shelter here, with us.”

“You shall make an enemy of him,” Daria warned.

“I believe I became his enemy the moment my men brought you here,” Armand said with a rakish grin, a bit of his old self emerging from beneath grief’s cloak. “It matters not. Your enemy is mine.”

“I fervently hope we shall not bring your castle down behind us. They shall stop at nothing, Armand,” she said, turning to lay a hand upon his arm in forewarning. “Nothing. They murdered my servants, captured my friends, burned my mansion to the ground, and ousted me from the Mercanzia. They even managed to disassociate me from my bank accounts. ’Tis all gone, save my friends and my faith.” Her eyes shifted to Gianni, and she abruptly dropped her hand from the count’s arm. “Do you understand what this may cost you?”

–an excerpt from BLESSED, book three of The Gifted, by Lisa T. Bergren

If you’re a fan of supernatural thrillers, you’ll certainly find that here! Don’t forget to check out these books. And enter the giveaway; someone will win all three books plus a candle!