Welcome to the Blog Tour for A Path to Forgiveness by Lisa M. James, hosted by JustRead Publicity Tours! 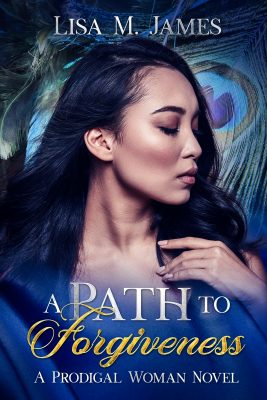 Title: A Path to Forgiveness Series: The Prodigal Woman #1 Author: Lisa M. James Publisher: Independently Published Release Date: January 21, 2022 Genre: Christian Fantasy Reckless. Extravagant. Wasteful. These were all words that could describe Esther. Thirteen years of careless living had left Esther and her young son destitute. When her husband disappears at night, leaving Esther with the full burden of their debt, Esther has no choice but to claim her husband is dead and enslave herself and her child to stay alive. So severely had she broken the relationships in her life, she never expected a man from her childhood to speak on her behalf and carry the weight of her debt. Yet Esther soon realizes that escaping the demons of her past would not be so easy. Levi had little interest in seeing Esther again. When a promise to her father leaves him honor-bound to take her as his wife, he struggles with the bitterness he holds toward her for allowing her addictions and selfishness to derail her life. Yet, he could not hide the deep desire within him to be a husband and a father, even to a woman he did not love and a child that was not his by blood. Discover the story of a reckless woman in A Path to Forgiveness. PURCHASE LINKS*: Goodreads | Amazon | BookBub 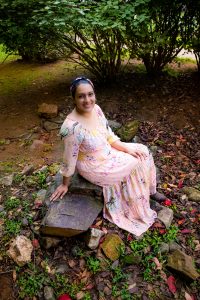 Lisa M. James is an independent author, marketer, and former Sunday School teacher. She loves writing romantic fantasy novels featuring women of color for both young adult and adult audiences to enjoy. Her fictional writing is inspired by historical fiction, fairy tales, and Christian romances. When not writing, Lisa loves chatting about her faith, Disney movies, and football while drinking chai lattes. To keep up with her latest releases, subscribe to www.lisamjames.com.

(1) winner will receive a Peacock embroidered shoulder bag, a $25 Amazon gift card, and a paperback copy of A Path to Forgiveness! 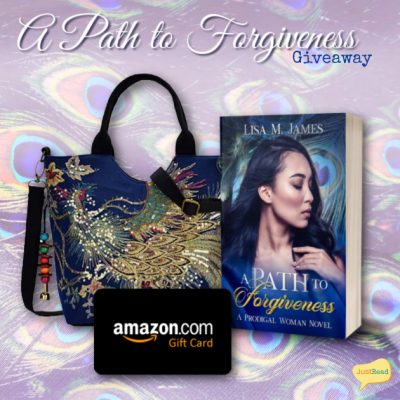 Be sure to check out each stop on the tour for more chances to win. Full tour schedule linked below. Giveaway began at midnight January 17, 2021 and lasts through 11:59 PM EST on January 24, 2021. Winner will be notified within 2 weeks of close of the giveaway and given 48 hours to respond or risk forfeiture of prize. US only. Void where prohibited by law or logistics.

Beauty. Riches. An opulent estate. And marriage to an incredibly handsome man. Esther and Victor start out with everything, at least everything from a physical standpoint.

However, all those material items bleed away over time, as the two choose a path of lavish living, parties, and unwise investments. And at last, when there’s nothing left, Victor abandons Esther and their small son, Kaleb, along with an enormous pile of debts that a woman, in their culture, is unable to ever pay off without selling herself into slavery.

Brought before the strict and stern magistrate’s court, Esther has no hope for anything good. But at the last moment, mercy is extended from a man, Levi, who knew Esther as a child. He assumes her mountain of debts, along with her and her precious son. But he is not happy about it.

What an incredible read! In A Path to Forgiveness, Lisa M. James has woven the most fascinating story, with appealing characters and an unusual setting. She would describe this as a Christian romantic fantasy book. While that’s a newish genre to me, I have to admit to you that I read this book in two days. (You know, between meals and sleeping.) I was absolutely captivated by James’ writing abilities, for in addition to creating great characters and settings, she’s also able to combine those with a compelling storyline. What happens between a man who despises his new wife’s past lifestyle, the woman who knows she can be written off with a document, and the precious small boy who loves them both? Who are living in the liminal time after the last great war of their country, before the new one that has been prophesied to be coming soon? And, even better, where their enemy is not only the people’s enemy but the enemy of their God?

I adored this book. I’d recommend this book for lovers of clean Christian historical romance, even if they’re not normally readers of fantasy. I guarantee you that you might become a new fan of the genre after reading Levi’s and Esther’s story!