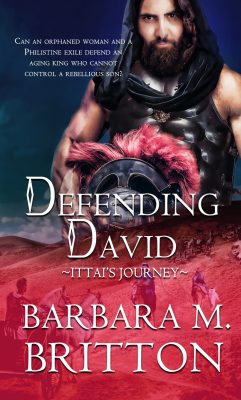 Title: Defending David Series: Tribes of Israel Author: Barbara M. Britton Publisher: Pelican Book Group (Harbourlight Books) Release Date: February 25, 2022 Genre: Christian Historical Biblical Fiction When a quiet journey to Jerusalem turns tragic, newly orphaned Rimona must flee a kinsman set on selling her as a slave. Racing into the rocky hills outside of Hebron, Rimona is rescued by a Philistine commander journeying to Jerusalem with six-hundred warriors. Exiled commander, Ittai the Gittite, is seeking refuge in the City of David. Protecting a frantic Hebrew woman is not in his leadership plan. Although, having a nobleman’s niece in his caravan might prove useful for finding shelter in a foreign land. Rimona and Ittai arrive in Jerusalem on the eve of a rebellion. In the chaos of an heir’s betrayal, will they be separated forever, or can they defend King David and help the aging monarch control his rebellious son? PURCHASE LINKS*: Goodreads | Amazon | Barnes & Noble | BookDepository | IndieBound | BookBub 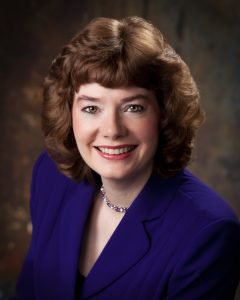 Barbara M. Britton lives in Wisconsin and loves the snow—when it accumulates under three inches. Barb writes romantic adventures from Ancient Israel to Modern Day USA and especially enjoys bringing little-known Bible characters to light. She has a nutrition degree from Baylor University but loves to dip healthy strawberries in chocolate. Barb is a member of the Society of Children’s Book Writers and Illustrators, Romance Writers of America and American Christian Fiction Writers. You can visit Barb online at www. barbarambritton.com or follow her on Facebook and Twitter.

(1) winner will receive a Defending David Book Box with an autographed copy of Defending David, a CD of harp music, a historic-looking journal, colorful pens, a copy of “Lioness,” and a $25 Amazon gift card, swag! 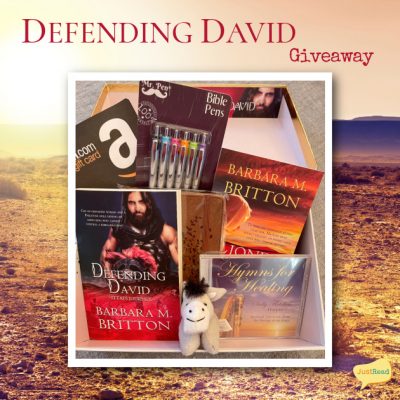 Be sure to check out each stop on the tour for more chances to win. Full tour schedule linked below. Giveaway began at midnight February 28, 2022 and lasts through 11:59 PM EST on March 7, 2022. Winner will be notified within 2 weeks of close of the giveaway and given 48 hours to respond or risk forfeiture of prize. US only. (international winner prize: ebook copies of Defending David and Lioness) Void where prohibited by law or logistics.

Oh, how I loved this book!

Barbara M. Britton is an INCREDIBLY gifted storyteller! In Defending David, she takes the Biblical mentions of Gittite (or Philistine, from the Gath area) warrior Ittai, adds other characters from the Bible records (Absalom, Joab, Hushai, Ahithophel, and, of course, King David), and creates exceptional historical fiction.

Now, honestly, the account of the betrayal of the king by his son, Absalom, who created a rebellion against his father and sought to set himself on David’s throne, has always been a difficult one for me. As are the events that precede it: David’s son Amnon’s rape of his half-sister Tamar (Absalom’s full sister)…and David’s absolute failure to rectify or bring justice on Tamar’s behalf. All these events no doubt led to Absalom’s defection and treason and attempts to usurp David’s throne.

Yet Britton has used that painful story to craft a fantastic book and to add a highly readable “what might have been” to the Biblical record. Ittai is a warrior, leader, and a believer in the God of Abraham, Isaac, and Jacob. As a destitute child, he met David, who fed him, gave him a job to do, and won his undying affection and loyalty. Ittai and his army of 600 warriors (plus their wives and children) have come to Jerusalem, where they hope King David will allow them land to settle in.

Rimona is a newly-orphaned young woman whose distant relative is taking her to Jerusalem, to her uncle who’s a musician in David’s court. The distant relative has horrible plans for her, and she escapes and is found by one of Ittai’s soldiers, who bring her to their commander. The two begin to spar verbally; and as all move toward Jerusalem, they begin to form a connection. But on the way they encounter Absalom, beautiful and resplendent in a chariot and with a huge crowd of his own followers.

The story is a familiar one; rebellion, the fleeing of David and his advisors from Jerusalem, and the coming battle between David’s forces and Absalom’s. But this time, we have an intimate, inside view of what it might have been like, from the eyes of Ittai, the faithful warrior, and Rimona of Beersheba, who was faithful to the rule of King David.

What a story! The love story of Rimona and Ittai is gentle, sweet, and respectful (although the dangers against a young woman in that era are also illuminated). Rimona is at first astonished that, as she first identifies Ittai, a “pagan” is worshiping the God of Abraham, Isaac, and Jacob. Yet he faithfully is, and is even more faithful than some of the ethnic Israelites. And, Britton’s use of Scripture (remember the era; here, we just see the use of David’s Psalms, the Law, and some words from what would become 2 Samuel) adds such beauty to the text. She even provided some deeper understanding to me of David’s actions with her insight that guided the story.

If you’re a fan of the Bible and of historical fiction, Defending David is for you! Britton’s hero and heroine are so appealing and you’ll be rooting for them throughout the entire book. Don’t miss this fantastic reimagining of the battle between Absalom and David’s forces; and actual warrior and God-follower Ittai, and what God might have done in and for him.

Disclaimer: I voluntarily reviewed a complimentary copy of this book which I received from the author. All views expressed are only my honest opinion.”